Who remembers spring vegetable soup? It was a mainstay of the 1970s – I remember it being served at practically every wedding we attended, presumably because its delicate nature meant it wouldn’t offend some long-lost great aunt’s fussy palate (or mine – I was a complete nightmare to feed when I was younger – something that many people would find hard to believe now). Unfortunately, most of the time it was straight out of a tin, so tasted of a mixture of metal, dried herbs and fake stock.

Just when we thought things couldn’t get any worse, Heinz did the impossible and brought out a ‘Weightwatchers’ version, which really was scraping the barrel as far as flavour goes. It was insipid and tasteless – little pieces of barely recognisable flotsam in a sea of liquid that had more than a passing resemblance to what was left in the washing-up bowl after doing the post-Sunday lunch dirty dish marathon (dishwashers in those days were called things like ‘Jayne’ and ‘Dad’ but never Bosch or Miele).

Of course, we all ate the Weightwatchers stuff relentlessly, because we were desperate to squeeze into our Size 8 straight jeans, which were worn so tight that mine had to have the zip pulled up by my dad, using a coat-hanger hooked through the zipper, while I lay on the floor and tried to push the two sides a bit closer together by ramming my hands into the pockets and simultaneously trying to suck in my entire torso. In those days there was no Lycra or elastane involved, just good old Lee Cooper 100% cotton denim. This then left the twin dilemmas of a) how to ever get up from the floor again and b) how to sit down on the bus on the way in to town. And if you needed the loo half way through the evening, you were a goner.

I’m not sure when I last ate spring vegetable soup, but the market is full of baby broad beans at the moment and we have a large pile of asparagus waiting to be eaten. While idly wondering what to do with them, it occurred to me that I could try to invent a version of this light soup for our 5:2 day, but one that actually had some real flavour. It has the added advantage of being really quick to throw together.

I did start with some seriously tasty chicken stock, which I made when I jointed a chicken at the weekend. It is not possible to buy chicken breasts or thighs here that still have their skin on – something which I find enormously irritating – so I have taken to buying a whole chicken and doing the job myself. It does mean you are left with the bones to make stock, which is a bonus – AND it costs less than buying individual joints. Win win.

However, if you don’t have homemade stock, then a good quality ready-made version, such as a Knorr Stock Pot or the fresh stuff that you can find in the fridges of good supermarkets would be absolutely fine. If you want to keep this vegan, then of course use vegetable stock.

Of course you can vary the ingredients according to what is available – just make sure you have a good variety of vegetables, though I would say the onion, leek and celery are essential. Peas would be a good addition, but I forgot to buy any. The fresh herbs, added right at the end, really do add a lovely fresh flavour, so don’t be tempted to skimp.

Heat the oil in a large saucepan and add the onion, leek and celery.

Reduce the heat, cover with a lid and cook until the vegetables have softened.

Pour in the stock and add the carrots, courgette, runner beans and potatoes.

Season generously with salt and pepper. Bring to the boil, reduce the heat and replace the lid. Simmer for around 10 – 15 minutes until the vegetables are just tender.

Add the broad beans and asparagus and cook for another two or three minutes.

Stir in the fresh herbs and ladle into warm bowls. Good served with warm crusty bread and salted butter. 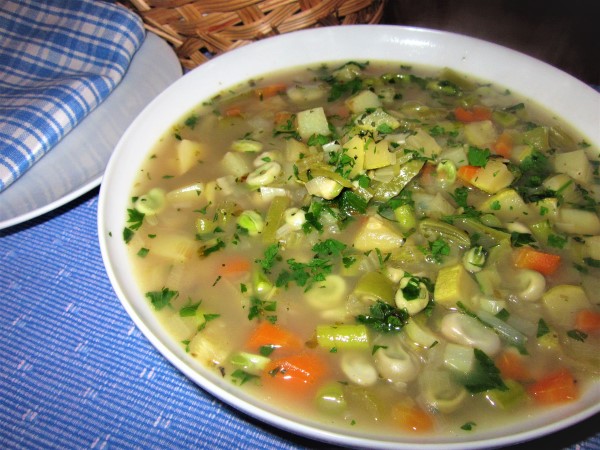 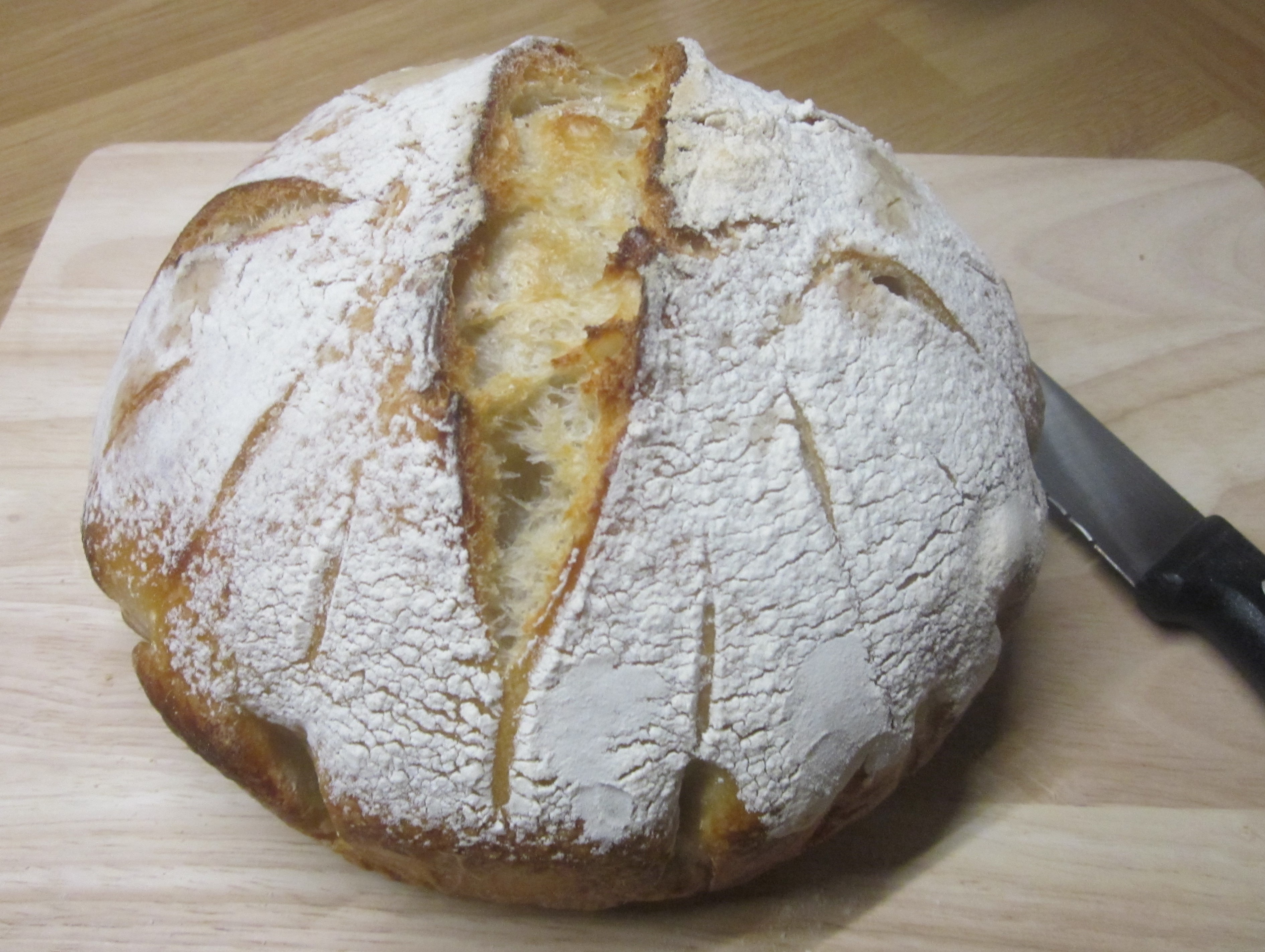