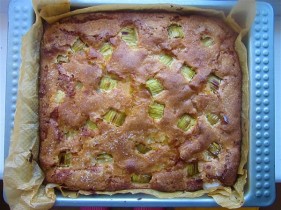 One of the most pleasing things about being back in the UK is the sheer variety of fruit and vegetables on offer. Fourteen years without summer treats like rhubarb, gooseberries and raspberries have served to remind me how lucky we are in this country to have such an amiable climate – we tried many times to grow rhubarb in Turkey, but once June came along, it literally cooked in the ground.

Last week, our Somerset friends went for a walk over the Devon border to Seaton for a reviving cuppa in one of their favourite coffee shops , where they zeroed in on some apparently rather delicious gooseberry and ginger slices. Jean immediately tasked me with extricating the recipe from the owner and reproducing it for their visit later this week. The recipe wasn’t entirely forthcoming, though I was given a few clues, so I trawled the web for alternative recipes and decided I could make something up.

I couldn’t get any gooseberries this week – it’s apparently still a bit too early in the season, so I opted for rhubarb, which I thought had similarly sour tendencies and would go well with the ginger. If you don’t like ginger, a good alternative would be to add the finely grated zest of an orange (and use a squeeze of orange juice in place of the lemon juice or vinegar). I had promised to bake some cakes for a charity coffee morning at The Norway this morning, which presented an ideal opportunity to experiment with my recipe without having to eat the entire thing (not that I have anything at all against eating the entire thing, but one has to consider the circumference of one’s waistline).

The cake is cooked in a square tin, which makes it great for sharing – it is deliciously gooey, so is almost better the day after it is baked, and would freeze well if you wanted to save half for another day. It could even be served warm with some clotted cream or crème fraîche on the side for a delicious summery pud.

Once this year’s gooseberries begin to appear in the market, by all means substitute the same weight of berries for the rhubarb.

Approx 400g rhubarb, washed
3 balls preserved ginger, plus a little syrup from the jar (or the finely grated zest of an orange – in which case, omit the ginger and syrup)
175g very soft butter or baking margarine
175g sugar
3 eggs
200g self-raising flour
1 teaspoon white vinegar or a squeeze of lemon juice (or orange juice if flavouring with orange)

You will need a square baking tin, 25cm x 25cm or similar dimensions, well-greased or lined with non-stick baking paper 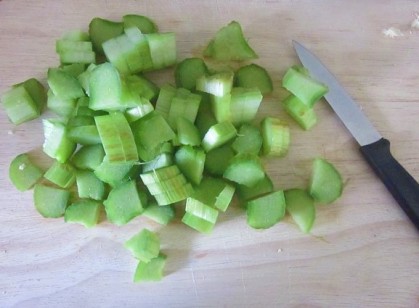 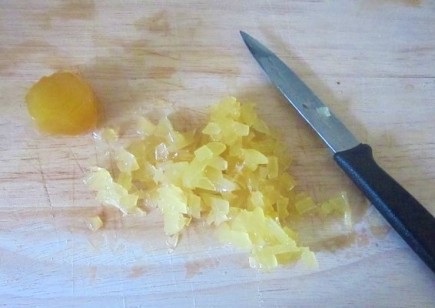 In a large mixing bowl whisk together the butter or margarine and sugar until the mixture is pale and fluffy (an electric whisk helps here). Add the eggs one at a time, whisking well after each one. Sieve the flour into the mixture and gently fold in, using a metal spoon or rubber spatula. 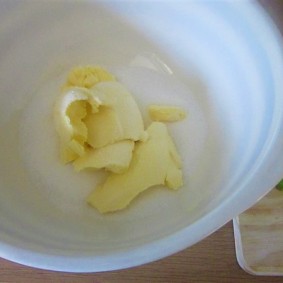 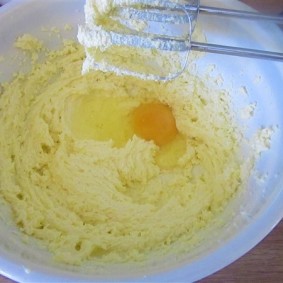 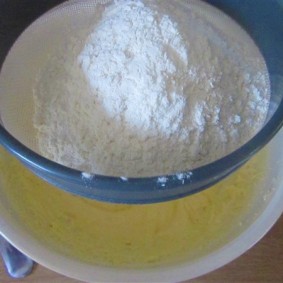 Stir in the smaller chunks of rhubarb, together with about two thirds of the ginger, a dessert spoonful of the syrup, and the vinegar or lemon juice. Mix gently until just combined. 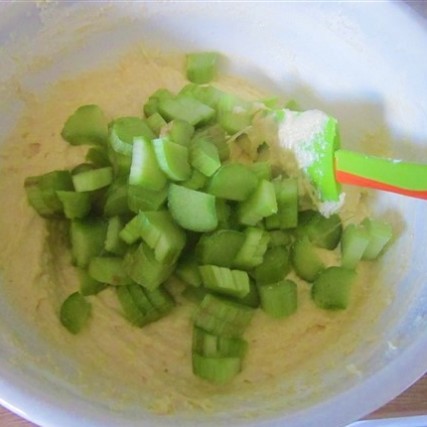 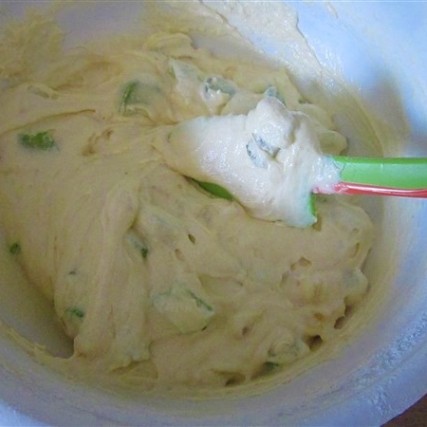 Tip the mixture into your prepared tin, smooth the top, then scatter over the remaining rhubarb chunks and the rest of the ginger, then sprinkle generously with sugar. (Don’t press the rhubarb chunks down into the mixture or they will disappear from view when the cake rises).

Bake for 45 – 50 minutes until the cake is golden brown, firm to the touch and is just slightly beginning to shrink away from the edges of the tin. 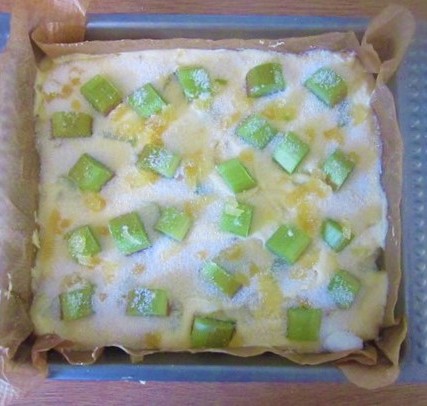 Allow to cool in the tin before cutting into 12 slices. 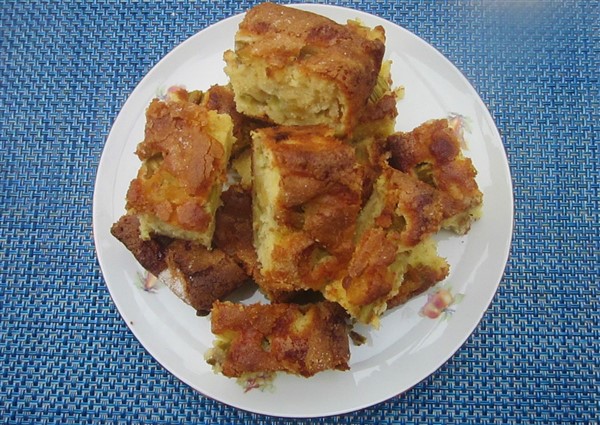 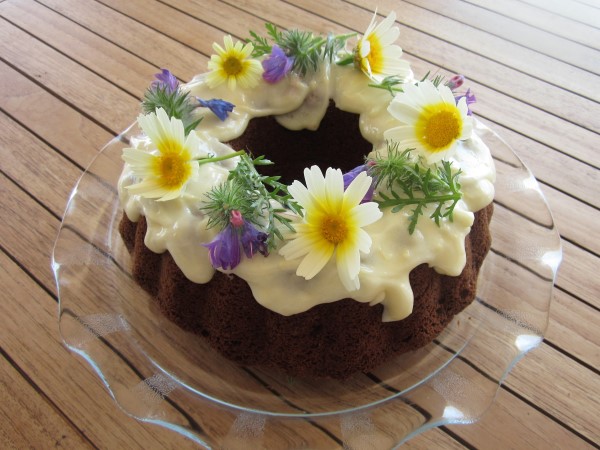