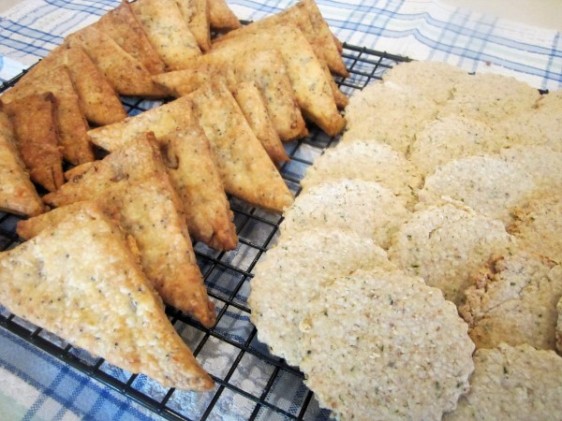 I’m making our friend Linda a little Christmas hamper, so that she has a few yummy goodies to tuck into if she is at home in front of the fire over the next week while we are away. She does like a piece of cheese, and decent crackers are not something you can generally buy in a Turkish supermarket, so I thought I’d better get creative.

These two biscuits are like polar opposites – the oatcakes are plain and I always think rather frugal. They definitely need something strong and cheesy, and preferably a dollop of chutney, though I do think they do the job perfectly. The other biscuits are rather over-endowed with butter and cheese (no calories there then), and are yummy to eat with or without extra cheese – they make a very nice simple canape to go with drinks.

The flaky cheesy biscuits are adapted from a Nigel Slater recipe, which I have tweaked after making them a few times. He makes his with Parmesan, but I like them better made with Cheddar or blue cheese, which also means you don’t need to add quite as much cheese, as it is more squidgy than the Parmesan.

The herbs and seeds are up to you – I added rosemary and thyme to the oatcakes, and I added poppy seeds, sunflower seeds and walnuts to the flaky crackers. Both are whizzed up in the food processor (do the oatcakes first, then no need to wash in between). The dough for the flaky biscuits actually rolls out better if it’s had a little time in the fridge, so you can leave it to rest while you deal with the oatcakes if you are making both.

I didn’t have enough butter for the flaky biscuits yesterday, so I used half butter, half margarine and they still taste absolutely delicious and have a lovely flaky texture. They rise up a little like flaky pastry into scrummy cheesy layers.

When I came to arrange the flaky biscuits on the tray, my tray looked nothing like Nigel’s. I think I have some kind of dyslexia with triangles – I always had trouble with those triangular shape things when I was doing psychometric testing for job interviews (thankfully, writing about property investments didn’t involve much work with triangles or I would have been perpetually unemployed). Nigel’s biscuits were all neatly arranged, diagonal sides together, each pair forming a square. I tried to emulate this and I honestly think I could have cooked an entire batch of the flipping things by the time I’d got mine on the tray (and no, they weren’t neat and they were every which way up). My friend John suggested this morning that I should put them onto the tray still in squares and then cut them across the diagonal once they’re on the tray – that boy is a genius.

You will need 2 large baking trays or shallow roasting tins, lined with non-stick baking paper (if you only have one, just bake in batches)

Put the oats in a food processor and whizz until it looks like coarse flour. Add the flour, salt, baking powder, herbs and sugar, then whizz again until the herbs are finely chopped. Add a good grinding of black pepper. Cut the butter (or margarine) into cubes, add to the mix, then whizz again until you have a mixture the texture of breadcrumbs. Pour in the milk and process until the mix starts to form a dough (you may find a bit of wet dough sticks to the bottom of the processor – just tip it all on to the worktop and knead it together). 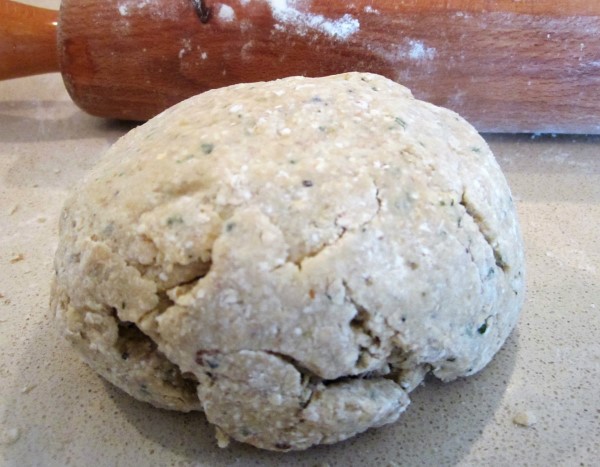 Knead the dough for a few seconds until it forms a ball, then roll out on a floured surface to a depth of a couple of mm.

You may find it easiest to do this in two batches. Cut the biscuits with a biscuit cutter, or just cut into squares if you don’t have one. It is fine to re-roll the trimmings and cut out more biscuits from them – they will not go tough like pastry does.

Arrange on the baking trays and bake for around 15 minutes. (The biscuits don’t really go brown, but if you lift one up with the tip of a knife, it should be a little bit golden underneath). Transfer to a cooling tray, then seal in an airtight container once completely cool.

Put the flour margarine into the processor and whizz until the mix resembles breadcrumbs. Add the cheese and briefly process again. Pour in the water and process until the dough starts to form a ball. 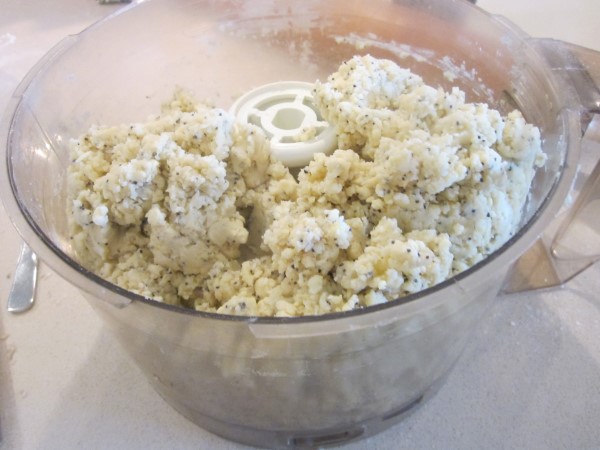 Tip onto a floured worktop, pat the dough together, add the seeds and then knead the dough briefly until the nuts and seeds are evenly incorporated. Rest the dough in the fridge for 20 – 30 minutes. 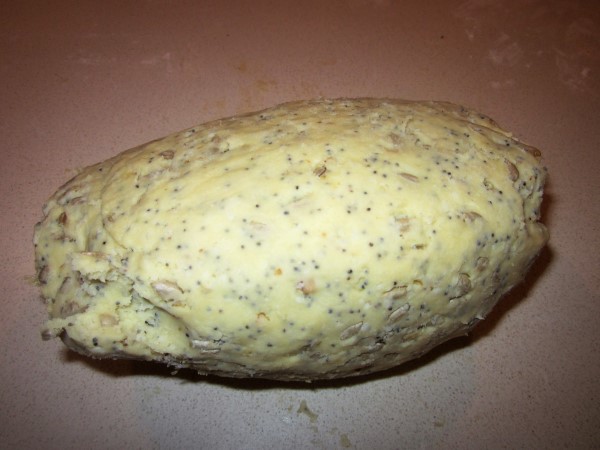 Roll out the dough (you may find it easiest to do this in two batches) until it is a couple of mm thick. Cut out squares, triangles or use a biscuit cutter to cut circles. If you are serving these as a canape, just make them bite sized.

Arrange on the lined tray and bake for 15 to 20 minutes (mine took about 17 minutes) until they are a deep golden brown.

Leave to cool on the tray for a minute or two, then transfer to a cooling tray. Once the biscuits are completely cold, store in an airtight container.